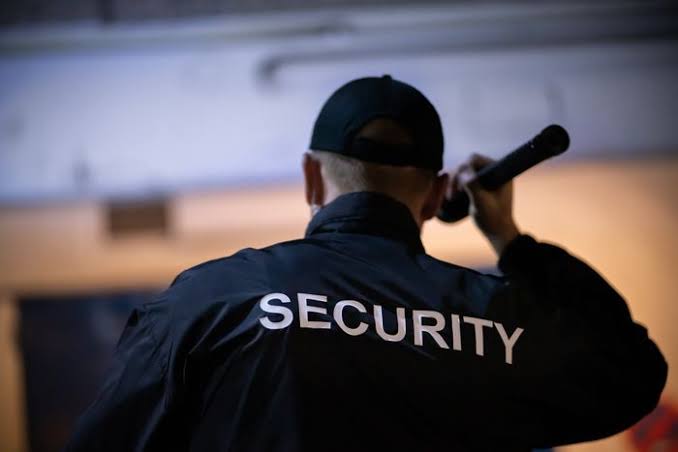 Any decent security officer will have the materials required to safeguard not just themselves, but also the property to which they are designated.

What Equipment Does Security Guards Need?

Security guards aren’t employed to just sit around the premises. They are hired to defend and safeguard the area. As such, all security guards must be equipped with the best tactical police gear and be ready for action.

In case of trespass or an attack from an intruder, a security guard should be properly kitted and have the basic tools to fight the intruder off. Here are some vital law enforcement gear every security guard needs.

A bullet-proof vest is a vital piece of gear for anyone working in the defense and security sectors because it absorbs the effect of bullets and shrapnel. Security guards working in danger zones must be at their best at all times because gunshot attacks are unpredictable.

Many security guards work in cooler regions, where working and functioning can be difficult. Even if you reside in a warmer place, you may need to work night shifts when the temperature drops dramatically and you become extremely cold. A heated vest will take care of this for you, keeping you warm and concentrated even on the coldest nights.

Another essential police gear is the security guard belt. It makes transporting all of the following much easier.

The last thing you want is to look clumsy finding your flashlight or pepper spray when they really need it. Belts typically include extra pieces that slide or clip on to allow you to attach extra pieces of equipment to them.

Tactical boots are a must-have police gear for security personnel. A decent pair of tactical boots is essential. For most security guards, a good pair of boots can mean the difference between getting home with sore legs and coming home comfortably and free of aches and pains.

Since most security personnel spend most of their day on patrol, a good pair of boots will last a lifetime. A cheap pair will not only give you sore feet but will also wear out, requiring you to purchase a new set at least twice a year.

Most uniforms call for black boots. Nevertheless, you should check with your contractor first before spending so much on some quality boots for yourself and your feet.

Flashlights are indispensable to a security guard. Even if you work the day shift, a flashlight can come in handy. It’s essential to have one because specific scenarios may necessitate some additional light to enable you to see, and you never have to be caught in the dark without one.

There is no special training required to carry a flashlight. However, there are practice programs available that can help educate you on how to use one efficiently in a combat situation.

If a security officer works in areas where surveillance cameras are not mounted, a digital camera might be his closest buddy during the policing tour. In any situation, they will be prepared to use it for instant capturing of a notable event.

Taking photos of people and items, capturing vehicle movements, or any other type of unusual behavior in the area are things a digital camera is good for.

Special operations officers and guards operating at events or in stores should always have a two-way radio with them to communicate with the center or other guards. Although it is required for all security personnel, two-way communication is obsolete in contrast to today’s communications advancement and cloud-based inventive systems and software.

Security guard batons are also essential pieces of law enforcement gear used by security guards to defend themselves. More importantly, they are a weapon that can safeguard your property even when not in use.

The mere sight of one in your belt is usually enough to keep things calm. People are aware that if you pull the baton out, it becomes a weapon and has the potential to cause significant damage.

For most states, however, you will be mandated to take a baton handling course before you can legally possess one while on duty. Some employers may expect to complete this course before being employed.

A mini first-aid kit is ideal for security officers to have. They don’t just need it for themselves, but also for the persons within and around the position to which they have been assigned.

For instance, you work in a retail setting and someone approaches you asking for a band-aid. You would not want to waste time looking for one. If you have a kit on hand, you can assist anyone in need while returning to your job and patrol as soon as possible.

Pepper spray is a non-lethal self-defense weapon that can help protect against attacks without causing grievous physical injury.

Making the right decision in dangerous and risky situations is often hard. Instead, security guards can use pepper spray to subdue their attackers while not endangering innocent bystanders.

Security guards may be required to bring a range of law enforcement tools and devices on the job. These items keep security personnel safe by quickly and effectively countering threats.

When it comes to protective purposes, security guards must always be prepared and armed with the necessary tools. It is their duty to keep the facilities they are guarding in order.

That’s why a well-prepared security officer will always have a comprehensive list of tools and equipment on hand so they know exactly what to bring to the job.